Drama At Lagos Airport As DSS Operatives Arrest Man Hiding $70,000 In His Luggage - 4 years ago A dramatic incident has played out at the Muritala Muhammed International Airport, Lagos after DSS operatives caught a man hiding $70,000 in his luggage. One Samson Olukunmi, a traveler has been arrested by operatives of the Department of State Service, (DSS) at the Muritala Muhammed International Airport, Lagos for being in possession of undeclared $70,000. According to The Independent, Olukunmi, a resident of 14 Omidun Street, Lagos Island was accosted at the airport by the DSS operatives on suspicion of money laundering. Olukunmi was caught after he denied being in possession of such amount of but when he was subjected to a search the foreign currency was found hiding in his luggage. He was immediately arrested and taken to the DSS office for further interrogation. Our correspondent gathered that when the security agents asked him to explain how he got the money and the type of business he was into, he could not offer any satisfactory explanation, which fuel suspicion of his motives. The money was seized and the man detained for attempting to move foreign currency out of the country. Olukunmi was later arraigned before Isolo Magistrates court for alleged money laundering under the Criminal Code.The suspect pleaded not guilty. The presiding Magistrate, Mrs O.A. Adedayo granted him bail in the sum of N1 million with two sureties in like sum. He was remanded in prison custody pending when he will perfect their bail condition. 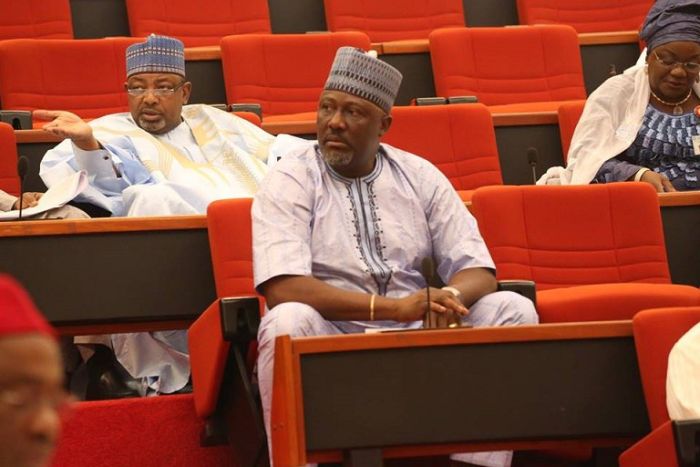