'It went exactly as I predicted, I can be much better' - New heavyweight champion, Oleksandr Usyk warns Anthony Joshua incase he decides to activate rematch clause | Gidicloud

'It went exactly as I predicted, I can be much better' - New heavyweight champion, Oleksandr Usyk warns Anthony Joshua incase he decides to activate rematch clause - 4 weeks ago

New unified heavyweight world champion, Oleksandr Usyk has warned that he 'can be much better' after dethroning Anthony Joshua with an incredible performance on Saturday night, September 25 to clinch the WBA, IBF and WBO titles.

The Ukrainian put on a masterclass in front of 65,000 fans despite being three inches shorter than Joshua as well as nearly 20lbs lighter than Joshua in weight.

After outthinking and outboxing Joshua over 12 rounds, has now warmed he could more dangerous as Joshua ponders over the next 30 days whether to rematch the Ukrainian.

He said: 'The fight went exactly the way I expected it to go. There were a couple of moments when Anthony pushed me hard, but nothing special.

'The only thing I wanted to do with this fight was to give praise to my Lord, Jesus Christ and say all comes from him.

Usyk beat Joshua 117-112, 116-112 and 115-113 and became only the third fighter after Evander Holyfield and David Haye to win world titles at cruiserweight and heavyweight.

This is the second defeat of Joshua's career while Usyk is undefeated. SO SAD!! Female IMSU Graduate And Corper Dies In Jos, What Killed Her Will Shock You. 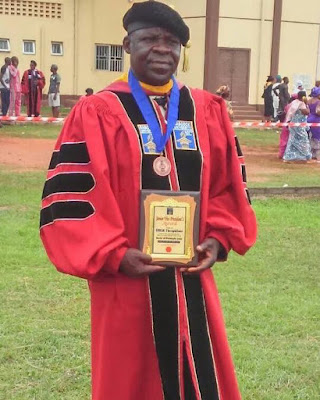