The nine communities that make up the Kou Kingdom in Bayelsa State, have cried out over the non-completion of the sand-filling and shore protection project in Agge, Ekeremor local council, four years after it started. The traditional ruler, chiefs and other stakeholders, who spoke during a visit to the Director-General of the Bayelsa State Partnership Agency (BSPA), Mr Stanley Enaibagha in Yenagoa, called on the management of the Niger Delta Development Commission (NDDC) to return to site and expedite work on the project. Spokesman of the Kou Kingdoms, Chief Isaac Egberibine, who stood in for the paramount ruler led the delegation and was accompanied by the Secretary of the Traditional Rulers Council, Chief Lawrence Orukemezuogha and Leader of Agge Palm Bush, Chief Sunday Agbarfo. The traditional rulers regretted that the project earmarked for completion within a year had been abandoned for more than four years by the interventionist agency. They noted that the continued delay had continued to pose a grave danger to the people as more communities are on the verge of extinction owing to the tidal effect of the ocean. According to the monarchs, families that left their ancestral land were yet to return because the sand-filling was yet to be completed. Egberibine said: “Kou Kingdom is an oil producing area and it has contributed immensely to the supply of crude oil that has continued to sustain Nigeria as a country. “Why is NDDC not showing concern over the threats to life in the area by ensuring speedy completion of the sand-filling and shore protection of Agge community?” He appealed to the Director-General, who is also from Kou Kingdom, to intervene and nip the problem in the bud before it escalates. He also called on the state government to give the communities a sense of belonging by absorbing those qualified into government committees and create jobs in the area. In his response, the Director-General thanked the traditional rulers for their support and confidence in his ability to deliver on his assignment. He assured that he would facilitate a meeting between the governor and the traditional rulers, and enjoined them to continue to maintain the peace in the area. 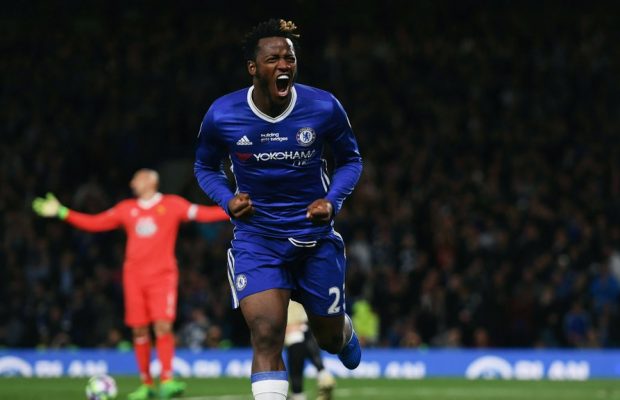 I Have Experienced Frustrations At Chelsea – Michy Batshuayi