Nigerians itching to know the outcome of the probe and fate of the suspended Secretary to the Government of the Federation (SGF), Babachir David Lawal and Director-General of the National Intelligence Agency (NIA) by the three-man committee headed by acting President Yemi Osinbajo, will have to wait longer, it was learnt at the weekend. The suspension of the two men would remain indefinite, according to a statement by Laolu Akande, media aide to the acting president. However, Akande who did not give any further details or reasons for the indecision, pleaded for patience on the part of Nigerians, noting that the outcome of the investigations carried out on the two officers would be made public in due time. “When the time comes, the outcome of the panel would be made manifestly public and Nigerians would be satisfied. The two suspended officials remain suspended,” he said. Both Lawal and Oke were respectively suspended by President Muhammadu Buhari last month over allegations of financial impropriety in the management of the humanitarian crisis in the North-east and the discovery of N13.3 billion in a Lagos apartment, which the NIA had claimed was its money. On the other hand, the statement disclosed that the acting president would this week hold an interactive session with a cross-section of public and civil servants on the four executive orders he signed last week on the ease of doing business, budget submissions by agencies of the federal government, and transparency in government business. It said the Muhammadu Buhari administration would drive the executive orders vigorously in its determination to significantly transform the business environment and government operations in the country. The statement further said, as part of measures to drive the reforms, the acting president would focus on executive orders in the business environment with a view to promoting “Made in Nigeria” products, among a cross-section of middle and senior level public sector officials and civil servants. “These are the people who will be directly responsible for the attainment of the objectives of the executive orders, so the acting president wants an opportunity to talk with them directly and also hear from them in person,” the statement said. Disclosing that the effective implementation of the orders was critical to the overall prosperity of Nigerians and the country, Akande said on May 29, a presidential-level report card event on the Social Investment Programme of the administration would be held at the Presidential Villa, Abuja. “At this national event, we shall be updating Nigerians on the progress so far attained, how we are addressing some challenges, and how President Buhari’s Social Investment Programme would be significantly expanded going forward,” the statement added. Providing more clarity on the executive orders issued by Osinbajo last week, the statement said the transparency order was aimed at promoting transparency among the ministries, departments and agencies (MDAs) by requiring them to publish a complete list of all requirements for obtaining permits, licences and approvals, including fees and timelines in their premises and on their websites within 21 days. “Importantly, it is the responsibility of the head of the relevant MDA to ensure that the list is verified and kept up-to-date at all times. If there is any conflict between a published and an unpublished list of requirements, the published list shall prevail,” the statement said. On ease of doing business, Akande said visas would henceforth be issued within 48 hours to visitors entering Nigeria, pointing out that the process of visa issuance on arrival shall be done in a transparent manner, while anyone caught in any act of corruption would be dealt with accordingly. “Our airports and seaports are not excluded. There will now be only one centrally located interface for agencies and touting has been strictly prohibited. “Any official caught soliciting or receiving bribes from passengers or other port users shall be subject to immediate removal from his post and disciplined, as well as criminal proceedings started in line with the extant laws and regulations,” the statement added. On port operations, it said agencies that are physically present at the ports had been directed to harmonise their operations into one single interface station in one location at the ports, and also implement such operations by a single joint task force at all times. The statement added that Apapa port would resume 24-hour operations within 30 days and each port in Nigeria would assign an existing export terminal to be dedicated to the export of agricultural produce within 30 days of the issuance of the order in order to jumpstart the country’s international trade and economic activities. 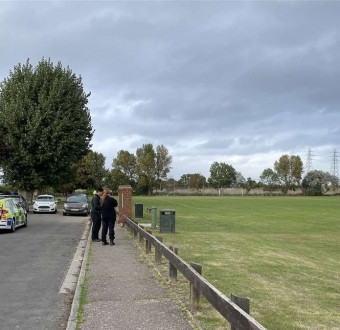 Schoolgirl raped on playing field right next to school and nursery