Seyi Shay links up with Ycee, Zlatan and Small Doctor to deliver this thoughtful groovy song title “Tuale”. Seyi Shay – “Tuale” x Ycee, Zlatan, Small Doctor… Music diva, SeyiShay after lots of News about her hits the studio to record a new song and drop her 2020 debut single titled “TUALE”. She employs the services of rappers; Ycee and Zlatan who graced the record with dope Rap verses and igniting punchlines. Along with street ambassador, Small Doctor (aka Omo Better). Soulful singer, accomplished songwriter, and dynamic preformer Deborah Oluwa-Seyi Joshua (SEYI SHAY), is craving out her place among the most accomplish performer of our day. The Charismatic preformer says her passion is performing, “ALL I’VE EVER WANTED TO BE WAS A SINGER,” SAYS SEYI SHAY. “TO BRING JOY TO PEOPLE’S FACES, BE IT IN AFRICA OR EUROPE, IT’S THE HIGHEST CALLING. SEEING PEOPLE IN THE CROWD LIGHT UP WHEN THEY HEAR MY SONGS IS THE GREATEST FEELING IN THE WORLD.” Seyi Shay’s love for music and performer has led her to write and produce for some major projects and artistes including; Three songs for the Konami Game sound track “CRIME LIFE”- the track “YOU WILL SEE” performed by former Spice Girl MEL C and featured on her album ‘Beautiful Intentions’ and International hit “WHITE LIES” which she wrote for rapper Chipmunk and featured Koleena of Diddy’s “DIRTY MONEY”. As an International Artist Seyi Shay isn’t afraid to explore new sounds as evidenced by the fusion of International sounds and the core elements of Afrobeat in her music and Seyi Shay’s desire to connect with her fans and the street both home and Abroad. On this new song “Tuale” produced by Aladdin and Rexxie, she gave special shout-out to the street and her fans for their continuous support and undying love that always makes her song Hit!. She also remembered our strong Women who keeps the fire burning and the Men that keeps the Hustle real just to cater for his family. Seyi Shay showed versatility on the must listen track ENJOY!!! 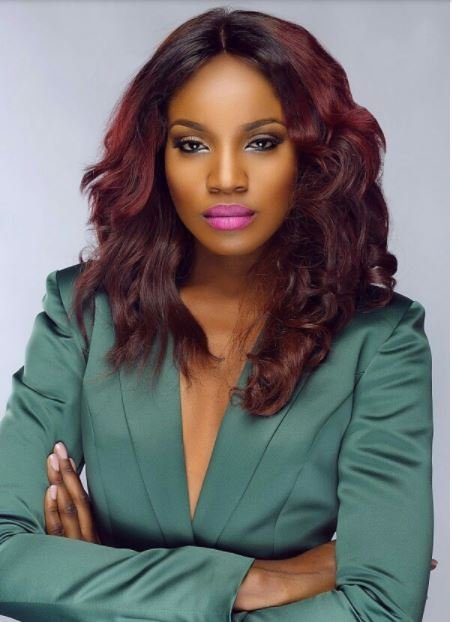 “Fans putting pressure on me to get married” – Seyi Shay