Rita Ora looks pretty in black as she snaps selfies with fans on Tuesday afternoon (May 16) in New York City.The 26-year-old entertainer attended the ABC Upfronts later that day where she announced that she will be the host of the upcoming summer singing competition show Boy Band,“Your Song” could very well be the track that Rita teased last week, when she hit the studio with Ed Sheeran. The U.K. stars shared a brief clip of their session on social media, heightening talks of a collaboration. Rita Ora, who recently signed with Atlantic Records, has been talking about a musical comeback for years. In 2015, the former Roc Nation songstress opened up about her process, “I’m approaching it like it’s my first record ’cause I haven’t necessarily released a worldwide record before,” she said. “It really presents the music I love as a fan of music, from my love of punk to hip-hop to R&B to soul.” Ora revealed that Sheeran penned a song titled “Us”. 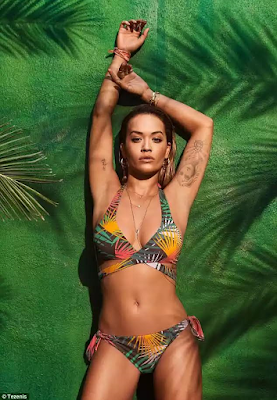