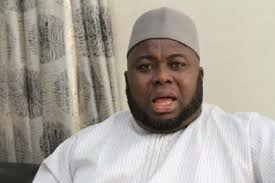 “I Have Not Declared Support For Buhari” – Obasanjo